Printing from the iPad

This lesson explains how to print from the iPad on the College WiFi networks using AirPrint. Teachers are able to print to all printers other than those in the admin offices and the large Media printer in the I7 Media Lab. Students are restricted to using the printers in classrooms or in the Library.

AirPrint is an Apple technology that lets applications create full-quality prints to AirPrint compatible printers or print servers. The majority of the apps on the App Store make use of AirPrint.

To use AirPrint, you need one of the following iOS devices running iOS 5 or later:

AirPrint printers or the print server must be connected to the same WiFi network as the iPad, iPhone, or iPod Touch. 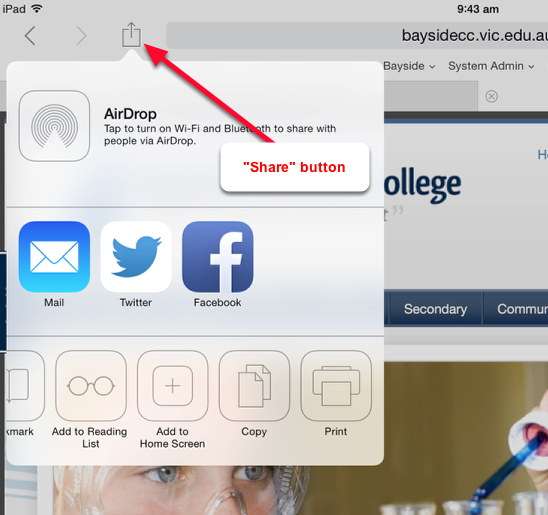 To print on an iPad from inside an App, you need to click on the "Share button" in the App (see above). This is usually found near the top of an app, but is sometimes found inside of a higher level menu such as in Pages (see below for example).

Printing from Pages, Keynote, or Numbers 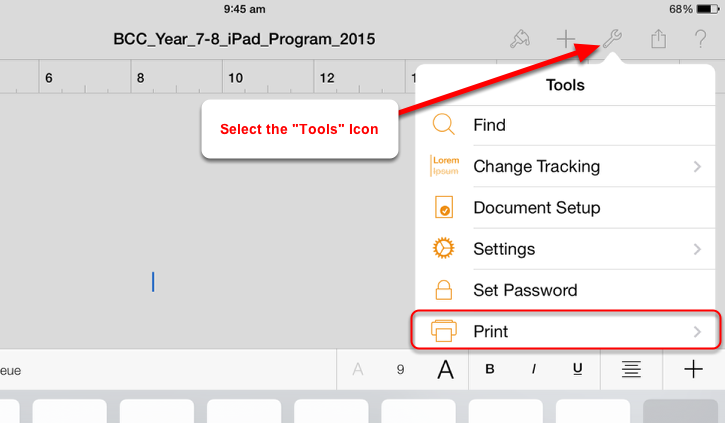 In Pages, Keynote and Numbers (iWork) on the iPad, the "Share" button is part of the Tools submenu rather than a button at the top of the menu itself.

To print on the iPad from one of these Apps, click the Tools button and then select the "Share and Print" option. 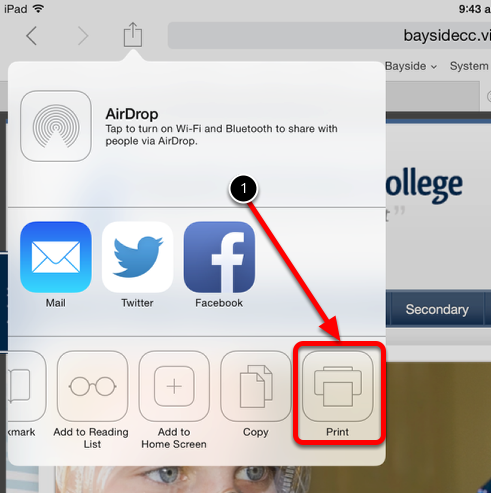 Step 1: When you have entered the "Share" menu, you will see a "Print" icon. Click this button to bring up the Print Menu (see below). 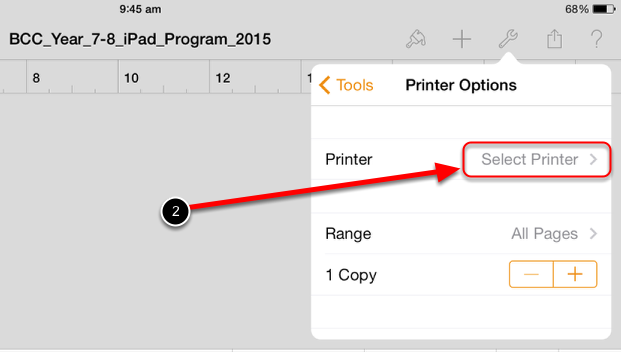 Step 2: You will now see the Print Menu on the iPad. There are several options that can be chosen from this menu depending on the capabilities of the printer you have selected, including:

These options will be shown in more detail below. 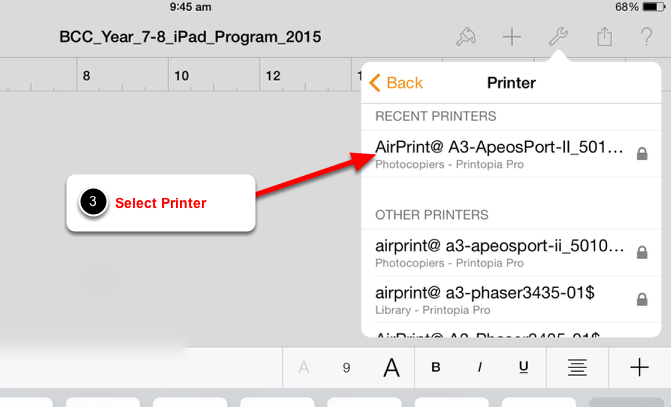 Step 3: To select a printer on the network, click the "Select Printer" option that is displayed in the Print Menu. You should now see a range of printers on the network that are available to print to from the iPad.  Select the printer that you want to use. 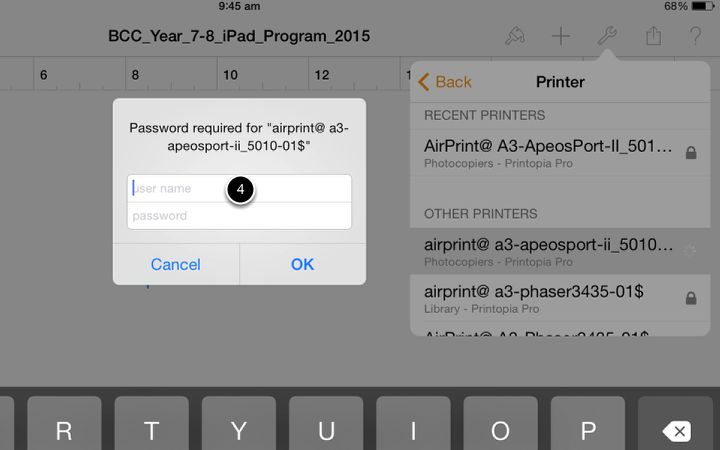 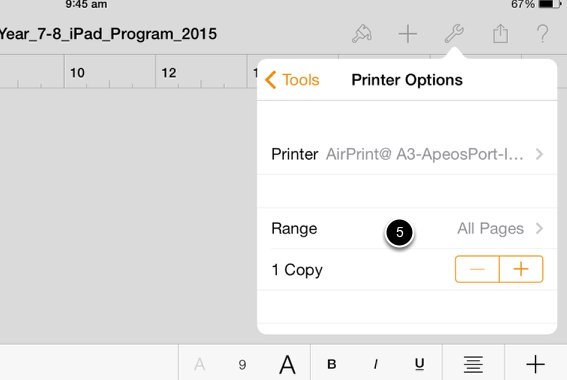 Step 5: Once you have successfully authenticated using your network login, the Printer Options screen above will appear on your iPad and you can select the print range and number of copies to be printed. 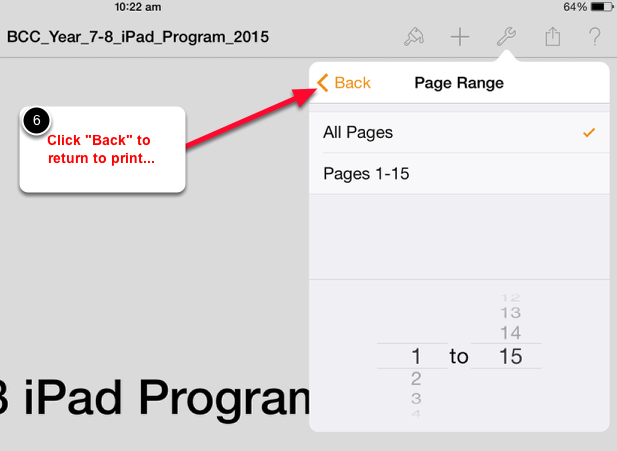 Once you have set the page range, click "Back" to return to the Print Menu. 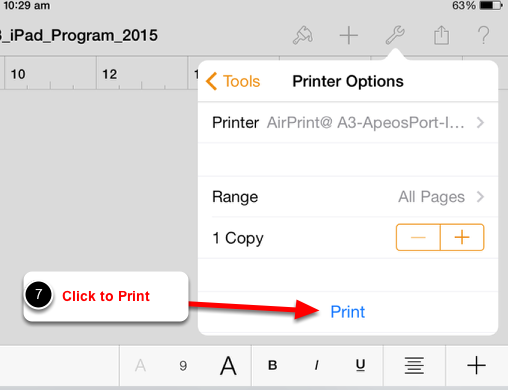 Step 7: Once you have selected a printer, page range, the number of copies you want to print, and between single or double-sided prints - just click Print and your print job will be sent to the selected printer.