This manual describes how to use AirPlay on a Mac or iPad to mirror your screen to an Apple TV or IWB running AirServer.

AirPlay allows a Mac or iPad user to project or mirror their screen to any projector, TV, or other display that is connected to any Apple TV or Mac Mini running AirServer. Think of it as connecting to a projector without all of the cables or hassles. The Apple website has some information describing AirPlay in general, but this article shows specifically how to use AirPlay at the College.

Firstly, there are a few prerequisites for using AirPlay to project to the IWBs and TVs at the College that need to be met, including:

The Mac or iPad that is AirPlaying to an Apple TV or IWB must be on the same network (subnet or VLAN), so this means that students on the student WiFi networks and visitors/guests on the Guest WiFi network cannot AirPlay to the TVs or IWBs. 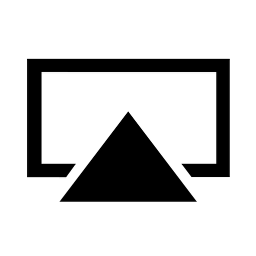 The icon or graphic used to represent the AirPlay service is nearly identical on the iPad and the MacBook (see above). Whenever you see this icon, it is indicating that AirPlay compatible devices are available to stream video and sound or mirror your entire iPad or Mac screen.